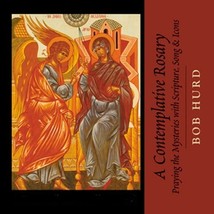 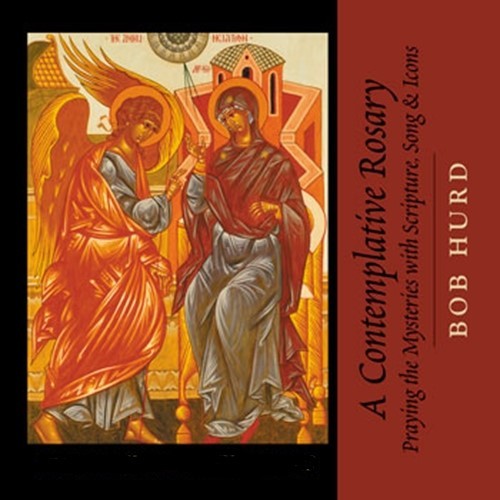 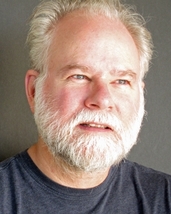 Rediscover the rosary as a form of contemplative prayer. Designed for both communal and individual recitation.

Inspired by Pope John Paul's apostolic letter on the rosary (Rosarium Virginis Mariae), Bob Hurd and friends have created a resource that invites us to rediscover the rosary as a form of contemplative prayer. Designed for both communal and individual recitation, A Contemplative Rosary engages the whole person through music, Scripture readings, icons, and meditations.

Allows you to fully "sing the rosary" -- provides simple chant settings for the Our Father, the Hail Mary and the Glory to the Father

Beautifully recorded CD illustrates how A Contemplative Rosary sounds in its most communal form, prayed in a church with an assembly, presiding minister, choir and readers

One CD for each of the four sets of mysteries: joyful, luminous, sorrowful and glorious

An excellent learning tool, the CD can also serve as accompaniment for individual and small group recitation

People's book and CD-ROM feature stunning, full-color icons for all 20 mysteries; the CD-ROM lets you project them onto a wall or screen for groups to see and study throughout the prayer

Designed especially for personal recitation, the reflections invite the reader to delve more deeply into each mystery before turning the page to study the icon and pray the decade

The books also contain three enlightening essays: one by Bishop Michael Warfel of the Diocese of Juneau, Alaska, reflecting on the papal encyclical, which inspired him to initiate this project; "Incarnation and Icon," by Charles Rohrbacher, explaining how icons can help us "encounter" the living God; and a helpful overview and introduction by Bob Hurd, with suggestions for getting the most out of this resource.

Meticulously prepared, beautifully designed and revolutionary in its approach, A Contemplative Rosary can help Christians everywhere "contemplate Christ with Mary" through singing and praying the sacred mysteries of the holy rosary.

Bob Hurd:
With more than 45 years of composing under his belt, Dr. Hurd knows a thing or two about music and liturgy. That might explain why so many of his songs for worship have become classics in the repertoire.
Bio:
Bob Hurd has served as a teacher, composer and liturgist in various pastoral and academic settings, including Loyola Marymount University in Los Angeles, the Franciscan School of Theology in Berkeley and St. Patrick’s Seminary in Menlo Park, California. He currently teaches in the summer program of Seattle University’s School of Theology and Ministry.

He began composing music shortly after Vatican II when the need arose for new music in the vernacular, music that the whole assembly could sing. Thus began 45 years of composing music for the liturgy. Bob is also known as an early pioneer of bilingual and multilingual music, with compositions like "Pan de Vida" and Misa de las Américas. One of his latest offerings, The Bread of Your Word, includes eight songs for Advent, Lent, Holy Thursday, Easter season and Ordinary Time as well as the complete Santa Clara Mass. With songs that flow wonderfully like gentle streams, The Bread of Your Word offers music with a cohesive quality in terms of both melody and text.

Our Common Home was inspired by Pope Francis' Laudato Si' encyclical, with songs for liturgy and prayer from well-known OCP composers who speak to themes of care for creation, poverty,

solidarity. The collection is the brainchild of Bob Hurd who turned up rather empty-handed in his search for music that dealt with our responsibility to be good stewards of creation. After writing "Every Creature Is Sister and Brother," a song highlighting the connection between the Eucharist and environmental concerns, he decided to invite several composers to join him in writing songs based on Pope Francis' encyclical Laudato Si': On Care for Our Common Home.

Drawing from both his musical and academic background, Bob has written articles for a variety of publications, including Worship, Liturgy, Celebration, Liturgical Ministry, Today’s Liturgy, Catechumenate and Pastoral Music. He has also been a contributor to several books, including That They Might Have Life: Power, Empowerment,

Bob lives in Claremont, California with his wife, Pia Moriarty, who has collaborated with him on much of his bilingual music.