A NEW SPRINGTIME by Marie Ballet 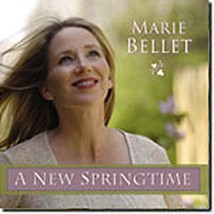 A NEW SPRINGTIME by Marie Ballet added to cart. 12 available in stock 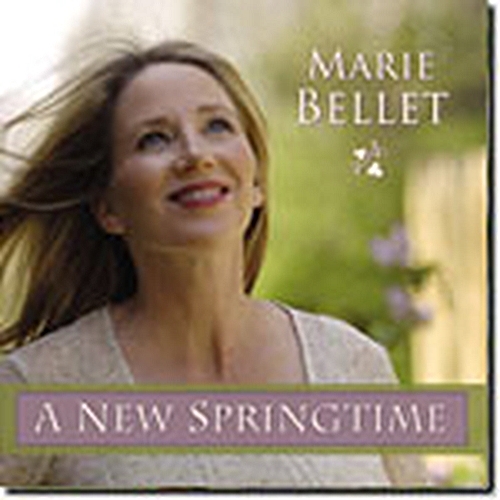 A NEW SPRINGTIME
by Marie Ballet

Often lighthearted, always thought to provoke lyrics to describe the details of our modern lives and enkindle hope in new beginnings. Outstanding Nashville musicians cradle Marie's voice in a light mixture of bluegrass, jazz, and folk as she reminds us of our capacity to love. A New Springtime is dedicated to John Paul II and the new springtime he foretold.

Marie is just like you. She gets frustrated, angry, sad, excited, and overjoyed. Your struggles are her struggles. However, Marie has a unique gift: the ability to craft lyrics that express things we all feel and to look at life with optimism and humor. Dubbed a "Renaissance woman" by Ignatius Press, Marie, a mother of nine with an MBA, has sold over 35,000 copies of her CDs out of her basement. She gives women a shot in the arm and couples a lesson in Married Life and Love. She paints service as strength, not stupidity. She admits to and laughs at the skirmishes in marriage. She has a valuable message that we really need to hear.

Marie grew up with five sisters and two brothers in a midwestern university town. Often heckled for defying the zero population pressures of the day, she grew up loving the "warmth and confusion" of life in a large family. The experience would come in handy.

Anxious to see a world beyond computers and cornfields, Marie left for Rice University in Houston, where she first got a taste for singing country music. She finished college with a degree in Economics from Swarthmore College in Pennsylvania. After earning an MBA at Vanderbilt in Nashville, Marie sang demos, including duets with Alan Jackson, jingles, and back-up vocals on off-hours while working MBA jobs in the healthcare industry.

Marie married in 1987 and moved to Singapore and then Spain, returning four years later with three small children. As Marie's family continued to grow, she began writing songs about life as a housewife and mother in a world that "no longer values these roles." In 1997 she recorded a collection of these songs entitled "What I Wanted To Say." In 2000 she released her second collection entitled, "Ordinary Time" which focuses on the temptations of a culture which encourages women to "have it all." In 2003 Marie released her third collection of story songs and personal reflections entitled "Lighten Up", filled with upbeat reminders to forgive one another and learn how to love. "A New Springtime" was released in 2006 and coincides with the birth of her ninth child. Along with her husband Bill, a "psychologist with the sense", who challenges families and couples to rise above themselves and serve each other, Marie offers a different vision of what it means to be a "fulfilled" woman.

"My witness is really just to show up with my kids at the grocery store. For me, that is where the culture war is fought, surrounded by glossy magazines that promise happiness if you shed pounds and obligations."

"My writing began mostly as an alternative to rearranging the furniture. It has become my way to encourage those who want to rebel against the self-centered misery of our time. To make sacrifices for marriage and children is not stupidity or victimization. It is the noblest thing we do."

Marie admits that life at home as a mother can be frustrating. In fact, that is what her music is about: the struggle and the value of that struggle -- "My music is about the drama of everyday life-staying in love, going through the days' routine, 'One more time, with feeling!' I want to tell other mothers that they are not crazy or alone. If my music can do that, it will all be worthwhile."