HE TOUCHED ME - 2 DVDs - ELVIS PRESLEY 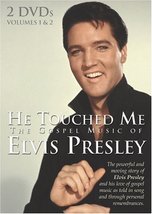 HE TOUCHED ME - 2 DVDs - ELVIS PRESLEY added to cart. 12 available in stock 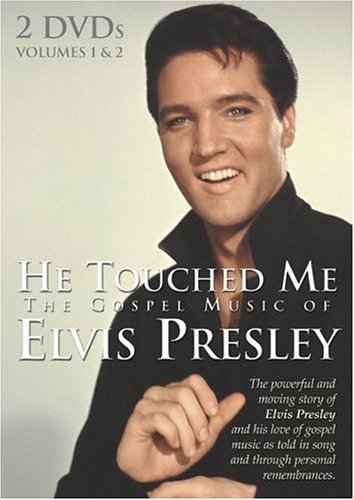 HE TOUCHED ME - 2 DVDs
ELVIS PRESLEY

Long before Elvis was heralded as the king of rock ‘n’ roll, he was a faithful fan of gospel music. Although it was instrumental in shaping his spiritual life as well as his career, no documentary has truly chronicled this facet of his life…until now. He Touched Me: The Gospel Music Of Elvis Presley features more than 30 of Elvis’ gospel recordings and never-before-seen footage. This 3-hour collection, filled with personal stories by those who knew him well, goes behind the scene of Elvis’ career. Discover how Elvis was dramatically influenced by two of southern gospel music’s premiere quartets, the Statesmen and the Blackwood Brothers. Learn the controversy surrounding this performance of "Peace In The Valley" on The Ed Sullivan Show and hear the surprising story behind the recording of his signature hymn, "How Great Thou Art." You’ll see Elvis in a new light as you witness how deeply he was touched by gospel music.
Elvis is known for being the King of Rock 'n Roll, but there was, in fact, a spiritual side to him. Some of his later pop hits were definitely tinged with a gospel feel, but on this amazing release, Elvis performs over thirty pure gospel songs. Along with beautifully moving performances, HE TOUCHED ME also provides insight into the King's life and personality. In interviews with friends, Elvis becomes a more fully formed man, emerging from the two-dimensional caricature that the general public will recognize.