Lives of the Saints by Mary Fabyan Windeat (Set of 5) 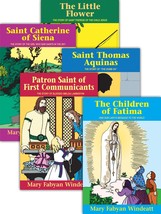 Lives of the Saints by Mary Fabyan Windeat (Set of 5) added to cart. 12 available in stock 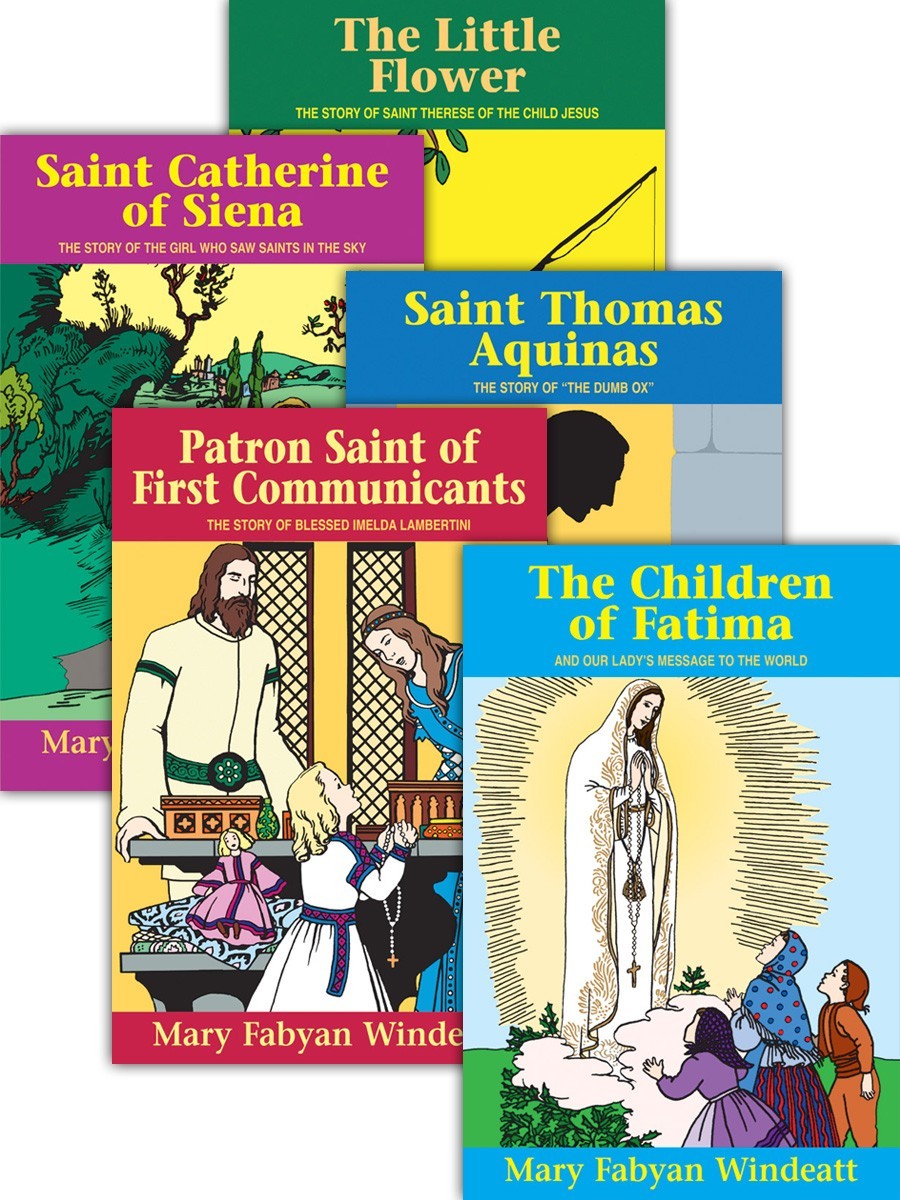 Lives of the Saints (Set of 5)
by Mary Fabyan Windeatt

A set of five most popular children’s Lives of the Saints by Mary Fabyan Windeatt including:

The Children of Fatima: This book tells the wonderful story of Our Lady's appearances to little Jacinta, Francisco, and Lucia.
Item No. 1137, 162 pgs

Saint Thomas Aquinas: Tells how this young man known as the "Dumb Ox" became the greatest teacher in the history of the Church.
Item No. 1200, 81 pgs

Saint Catherine of Siena: The popular story of the young woman who brought the Pope back to Rome from France and converted thousands of people.
Item No. 1201, 65 pgs

The Little Flower: Tells the wonderful true story of what happened when little Therese Martin set out to become a saint.
Item No. 1139, 167 pgs

About the Author:
Mary Fabyan Windeatt lived from 1910-1979 and grew up in Saskatchewan, Canada. The Mount Saint Vincent College awarded her a Licentiate of Music degree when she was just seventeen, and she began writing Catholic works when she was about twenty-four. Later she sent one of her stories to a Catholic magazine, and after it was accepted, she continued to write. In total, she composed at least twenty-one children 's books, as well as periodical children 's pages written for The Torch, a monthly Dominican magazine. Mary Windeatt is most renowned for her many novels of the saints, which she wrote specifically for children, including lives on the Children of Fatima, Cure of Ars, St. Thomas Aquinas, St. Rose of Lima and many others. After living with her mother in St. Meinrad, Indiana, she died on the twentieth of November, 1979.