LOVE OUT LOUD by Jaci Velasquez 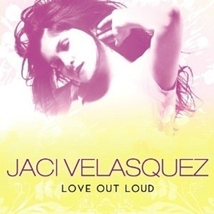 LOVE OUT LOUD by Jaci Velasquez added to cart. 12 available in stock 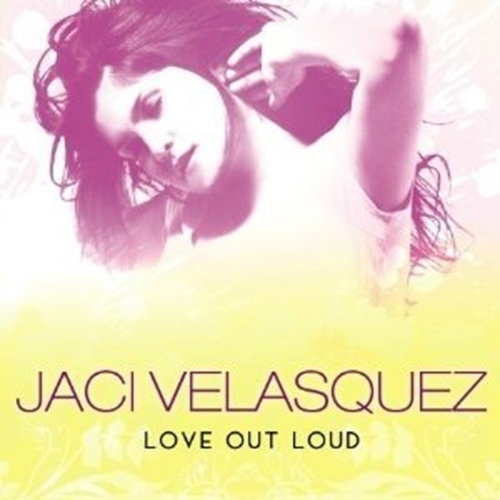 LOVE OUT LOUD
by Jaci Velasquez

The highly anticipated new studio release from Jaci Velasquez has finally arrived! Love Out Loud will take you on a musical journey of hope, healing and God's Amazing Love.

It was a pleasing experiment that earned her some of the best reviews of her career, but Beauty Has Grace, Jaci Velasquez's adventuresome ninth album, was the one the masses least cared about: the album sold poorly and it garnered no significant radio hits -- a first for the Christian singer. The album marked the end of Velasquez's Word Records era and sparked a period of soul-searching for the songstress: she weathered a divorce and moved to London in hopes the change of scenery would do her good. Back in Nashville, remarried, and pregnant with her first child, Velasquez went back into the studio to record Love Out Loud, her tenth album and first as an indie. The disc is a return of sorts: she's back to working with former dc Talk producer Mark Heimermann, the guy who spearheaded her first three chart-topping albums. Most importantly, Velasquez is back from her excursion in the realm of Brit-pop, back to what she does best, namely, sprightly Christian pop with dashes of Latin pop thrown in. It's not revolutionary, but it's nonetheless the bubbly Jaci fans have come to know and love. While there's a shortage of her signature ballads, the singer makes up for that with increased input in the songwriting department. To wit, the fierce "It's Not You, It's Me" offers one of the most innermost glimpses into Velasquez, the person, as she waxes confessional about her once-strained relationship with her father. From there, the sentiments are more general, more relatable, and the accompanying music is satisfactory, if not a bit demure. That's understandable: Velasquez underwrote the album herself, and it shows in the production, which rarely reaches the climactic peaks of past Jaci classics like "On My Knees" or "Llegar a Ti." For what it's worth, though, Love Out Loud is a pleasant return to how things used to be for Velasquez, as well the beginning of a new phase in her life as an artist.
~ Andree Farias