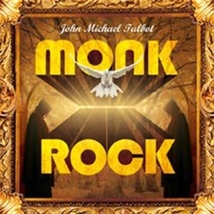 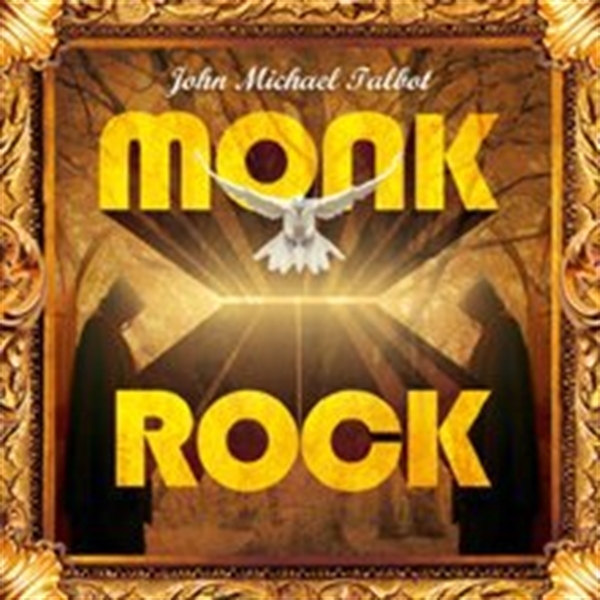 There were two things I wanted to do musically as I move a bit past middle age: Really learn some classical guitar, and dig out my old electric guitars and learn to play petty well again. I also toyed with putting a band together using a pseudonym or having a pseudo band called “Monos,” which is the original word for “monk.” Monk Rock is the initial fruit from this effort. But it began slowly and found its own identity and voice in its own time.

It all began innocently enough with my brother, Terry. I was helping him get our old country rock band, Mason Proffit, back together. (As I live at a monastery, I am their “silent” partner). After hearing some demos, I used an electric guitar to show them some general ideas that a “real” electric guitarist could eventually do on a few songs. Then it happened: I wrote a song on the electric guitar, “Spread the Good News,” in the style of the old “Jesus Music” (remember the Jesus Movement?). People liked it. It was all downhill from there! I wrote a few more, and another and another. Soon I was collecting vintage guitars and gear, and writing little “ditties,” as I call them, on the electric guitars, and pulling out my banjo and dobro to sweeten them. It began to be a lot of fun. I also enjoyed playing around with my digital recorder, Pro Tools in writing, by literally cutting and pasting various sections from one space to another, and repeating sections. It is a miracle that it all worked, but with the help of some friends it all turned out OK.

But what could I use as lyrics? I am used to writing in one process with my classical guitar and scripture. This was very new to me. So I went to some ancient sacred texts from the western Catholic Christian tradition. Specifically, I used the parts of the Mass, the Te Deum, and a bit of the Requiem. Vocally, I added a “pseudo choir” by stacking my vocals to get around a 200 voice choir.

As with “Spread the Good News,” I also used some straight forward and simple Jesus lyrics reminiscent of the early days of the Jesus Movement from which modern CCM was birthed, and from which I was ministerially birthed as well. I liked the freshness of going more to the roots, and not trying to camouflage the Christian message through implied lyrics alone. Everyone said that the songs seemed “fresh,” or “anointed.”

Soon “Monk Rock” was born. The title itself is meant to be whimsical, half joking, but also not without some seriousness. We used the very best players, and recorded it well. (The names of those who helped can be found in the credits, and it is they who helped this very mediocre musician to sound as good as he may be.) But it is a still a bit of a joke for a middle aged founder and family member of an.integrated monastery to do a project like this. Be that as it may, I thoroughly enjoyed it, and would be happy to do another if people seem to like it. I hope that you do.

- John Michael Talbot Review by Stewart Mason
In 1968, writer/producer David Axelrod took over the career of the proto-psych one-hit wonders the Electric Prunes for the entirety of two thoroughly bizarre psychedelic-religious rock operas, Mass in F Minor and Release of an Oath. Those albums are an important touchstone when listening to John Michael Talbot's Monk Rock: after a pair of fairly typical pieces of hard-rocking CCM, "One Body in Christ" and "Spread the Good News," Monk Rock is basically a one-album distillation of those two Electric Prunes records in concept and execution: songs like "Sanctus" and "Kyrie" swing between Latin chanting and more melodic English transliterations, set to jangle-fuzzy, neo-psych guitar rock tunes. "Te Deum," which oddly interpolates a fast-picking banjo into the mix, is the best of the lot, but the entire album deserves a certain amount of respect for its oddball majesty and the fact that Talbot is approaching this material completely straight but without the ponderous self-seriousness that would sink a project like this.