MY CHRISTMAS by Andrea Bocelli - CD 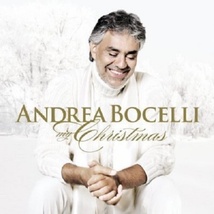 MY CHRISTMAS by Andrea Bocelli - CD added to cart. 12 available in stock 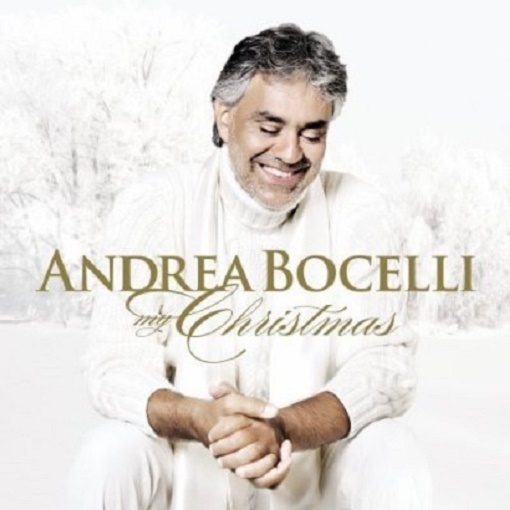 MY CHRISTMAS by Andrea Bocelli - CD

Editorial Review:
2009 holiday release, the first Christmas album from the superstar vocalist. Includes duets with Reba McEntire, Natalie Cole, Mary J. Blige and The Muppets. Millions will rejoice this holiday season with the much-anticipated release of Andrea Bocelli's, My Christmas. The album is a heart-warming collection of songs destined to become a holiday classic for years to come. Produced by the legendary Grammy-Award winner David Foster, the CD features the singer's unmistakable soaring vocals alongside duets with his special guests.
From the Artist:
"I have long dreamed of recording a holiday album that captures the beautiful traditions of the holiday season. Every year these songs have brought incredible joy to my family and I, and it is my hope to give back that same joy by making this album," commented Bocelli.
"The time comes for every singer to record a Christmas album. That's probably because Christmas is the most beautiful holiday of the year", says Andrea.
"Recording a Christmas album means recording good music; music that gives joy, and instils a sense of peace," says Andrea Bocelli.
From `I believe', which the tenor performed before the visibly moved Pope John Paul II, to `Adeste Fideles', the CD is an unmissable collection of songs each of us have sung at least once, carefully selected by Bocelli, who has been working on this project for a couple of years. Song after song, the CD constitutes the sound track of Christmas throughout the world, free of cheap adulation and commercial cunning. `My Christmas' is Christmas as it was sung by our forefathers, with the same atmosphere of peaceful serenity and pleasant expectation, seeking closeness with our loved ones and a relaxed escape from the horrors of the world. Particular merit certainly goes to those who prepared the scores, remaining faithful where possible to the original, and to David Foster, one of the most famous producers of our day, and the only one to have worked with all the greatest pop artists, from Celine Dion to Michael Jackson. In "My Christmas", Foster has arranged a number of traditional carols, such as "Angels we have heard on high" and `What child is this", with unique ability and a remarkable lightness of touch, adapting each track so as to render them almost a first edition. That Foster, he always manages to surprise us. Working alongside him, the great maestro Renato Serio also arranged two traditional carols deep-rooted in our hearts: `Adeste fideles'.
But above all, it is the voice of Andrea Bocelli that stands out, once again engaged in a new feat. "This repertoire requires a broad vocal range," says Andrea, "from soft, almost whispered tones, to a stronger, more powerful voice." In `White Christmas', Bocelli's voice is graceful, and tenderly soft. In `Santa Claus is coming to town', it becomes irresistibly playful, making it almost impossible not to sing along. In `God bless us everyone', taken from Disney's Christmas blockbuster `A Christmas carol', we discover Bocelli the performer. The film, directed by Robert Zemeckis and starring an amazing cast (Jim Carrey, Colin Firth, Bob Hoskins, Gary Oldman and Robin Wright Penn), takes its inspiration from Charles Dickens' famous short story, and is set to become one of the most successful end of year blockbusters. Bocelli's performance in `God bless us everyone' (composed by Alan Silvestri and Glenn Ballard) blends the magic of Christmas with the tenderness of the phrase that gives it its name, spoken by Tiny Tim at the end of Dickens' short story.
But it is in `The Lord's prayer', arranged by David Foster and performed with The Mormon Tabernacle Choir, that Bocelli really outdoes himself, in an imposing, moving performance of unique intensity. A masterpiece that will leave its mark, without the shadow of a doubt, in the history of music. However, the greatest challenge is to win over the little ones, and "My Christmas" is certain to please them too, not just their parents. Indeed, Bocelli's hope for this project was that families, united for Christmas, should listen to this music together. As he explains: "I drew inspiration from the voices that fill the churches; the voices that can be heard at family sing-alongs, on Christmas day". And as soon as the stereo starts playing `Silent Night', a family sing-along is a dead cert.
Like all great gifts, `My Christmas' too has surprising and unexpected elements: its duets. For this album, Andrea Bocelli, a popular singer appreciated worldwide, has called on a number of friends to create several miniature masterpieces. In `I believe', he is accompanied by the Welsh mezzo-soprano Katherine Jenkins, a genuine revelation of recent years. In `Blue Christmas', Reba McEntire, the queen of country music with 55m albums sold worldwide, adapted the fullness of her voice, with a trace of pop, to a particularly difficult track. Mary J. Blige recorded her parts of `What child is this' in a day, in New York, in a register that blends remarkably well with Bocelli's, resulting in a duet that will rock the American world, and not only that. The same may be said of `The Christmas song', to which Natalie Cole brings a touch of genuine, warm soul and R&B. But The duet with the Muppets, in Jingle Bells, is certain to make the greatest splash worldwide, especially with children, and to become a version sung and played for years to come.
In a word, `My Christmas' is a winning album, expertly arranged, played and sung, becoming a point of reference for the entire genre. And from now on, no one, listeners and performers alike, will be able to forget this Christmas, as sung by Andrea Bocelli.