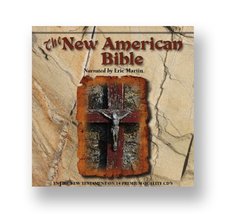 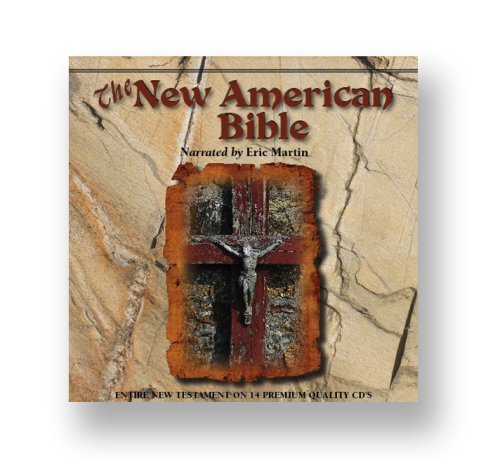 This Catholic Audio Bible is recorded word for word from the Sacred Texts without distracting sound effects or music. The Audio Bible is narrated by Eric martin, the Highly regarded Catholic Bible narrator. Each of the 14 CDs has a Full Color Vibrant Image of Crosses or Cathedral from around the world. Life time warranty on all 14 discs. Enjoy the Word, as every syllable of the New American Bible: Revised New Testament, Catholic Bible edition are presented by one of the best Catholic Bible narrators, Eric Martin. The new translation takes into account advances in linguistics of the biblical languages, as well as changes in vocabulary and the cultural background of English, in order to ensure a more accurate translation. This issue is addressed in the apostolic exhortation of Pope Benedict XVI, Verbum Domini, in which the pope says, "The enculturation of God's Words is an integral part of the Church's mission in the world, and a decisive moment in this process is the diffusion of the Bible through the precious work of translation into different languages." The new translation also takes into account the discovery of new and better ancient manuscripts so that the best possible textual tradition is followed. The revision aimed at making use of the best manuscript traditions available, translating as accurately as possible, and rendering the result in good contemporary English. In many ways it is a more literal translation than the original New American Bible and has attempted to be more consistent in rendering Hebrew words and idioms, especially in technical contexts, such regulations for sacrifices. In translating the Psalter special effort was made to provide a smooth, rhythmic translation for easy singing or recitation and to retain the concrete imagery of the Hebrew. The NABRE is approved for private use and study.  Eric Martin renowned Catholic narrator, journalist, writer, radio broadcaster, and worldwide defender of minority Christians, has received both National and International awards and honors as a narrator, Eric Martin has been involved in and aided "Operation Exodus" in evacuating many Jews from Russia. Eric Martin has used his voice to aid persecuted Christians around the world will inspire you as he narrates all the books of the New American Bible.