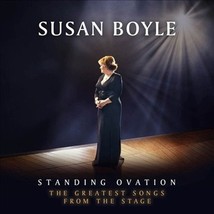 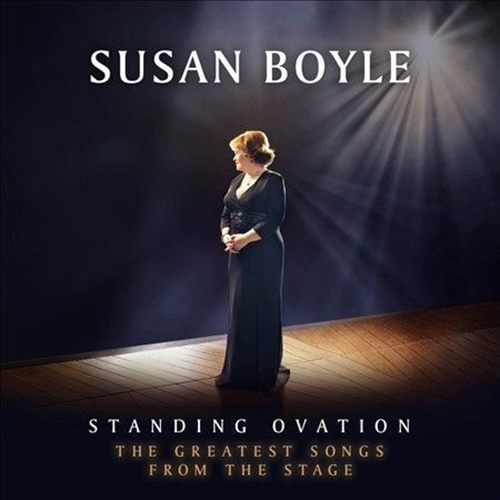 The Greatest Songs From The Stage

Featuring breathtaking renditions of 'Send in the Clowns' and 'Bring Him Home', Susan fearlessly takes on the iconic song 'Somewhere Over The Rainbow' giving it a new identity. 'Standing Ovation' also showcases duets with her lifelong idol Donny Osmond and the "Phantom" himself Michael Crawford. One of the selections, "Memory" from the musical Cats, will be familiar to her fans it's the song Susan sang in the semi-final round of Britain's Got Talent in 2009.
The album heralds a return to an era of much-loved music for Susan Boyle, a lifelong fan of musicals. Her favorite songs from the golden age of film and theatre fused with her outstanding vocals from the ethereal to the dramatic, the music showcases the voice the world fell in love with.

Album Notes:
Audio Mixers: Richard "Biff" Stannard; Ash Howes.Recording information: Angel Studios, London, England; Gorbals Sound, Glasgow, Scotland.Photographers: Ralph Mecke; Neale Haynes. If at first glance you don't quite realize Susan Boyle's fourth album, Standing Ovation: The Greatest Songs from the Stage, has a concept, it could be due to how Boyle so often draws from the songbook of the Great White Way. Here, she tackles songs from many different eras of Broadway, stretching all the way back to Harold Arlen's "Somewhere Over the Rainbow" and going all the way up to "This Is the Moment" from 1997's Jekyll & Hyde. Along the way, ABBA's "The Winner Takes it All" gets grandfathered in due to its inclusion on Mama Mia, Donny Osmond appears not once but twice, Michael Crawford -- the Phantom himself -- comes into a duet on "The Music of the Night," one of three Andrew Lloyd-Webber songs here. The style of music may be familiar for Boyle, but the sound is slightly different, thanks in part to the singer switching from her longtime producer Steve Mac to Richard "Biff" Stannard, an X-Factor producer who retains Boyle's stateliness while dialing back on the somnolence. Which isn't to say Standing Ovation is a rollicking little party album -- far from it. Boyle never strays from her show-stopping-ballad wheelhouse, but the combination of a producer with a lighter touch and a focused concept help make Standing Ovation her easiest album to enjoy.
~ Stephen Thomas Erlewine