THE 13th DAY - DVD added to cart. 6 available in stock 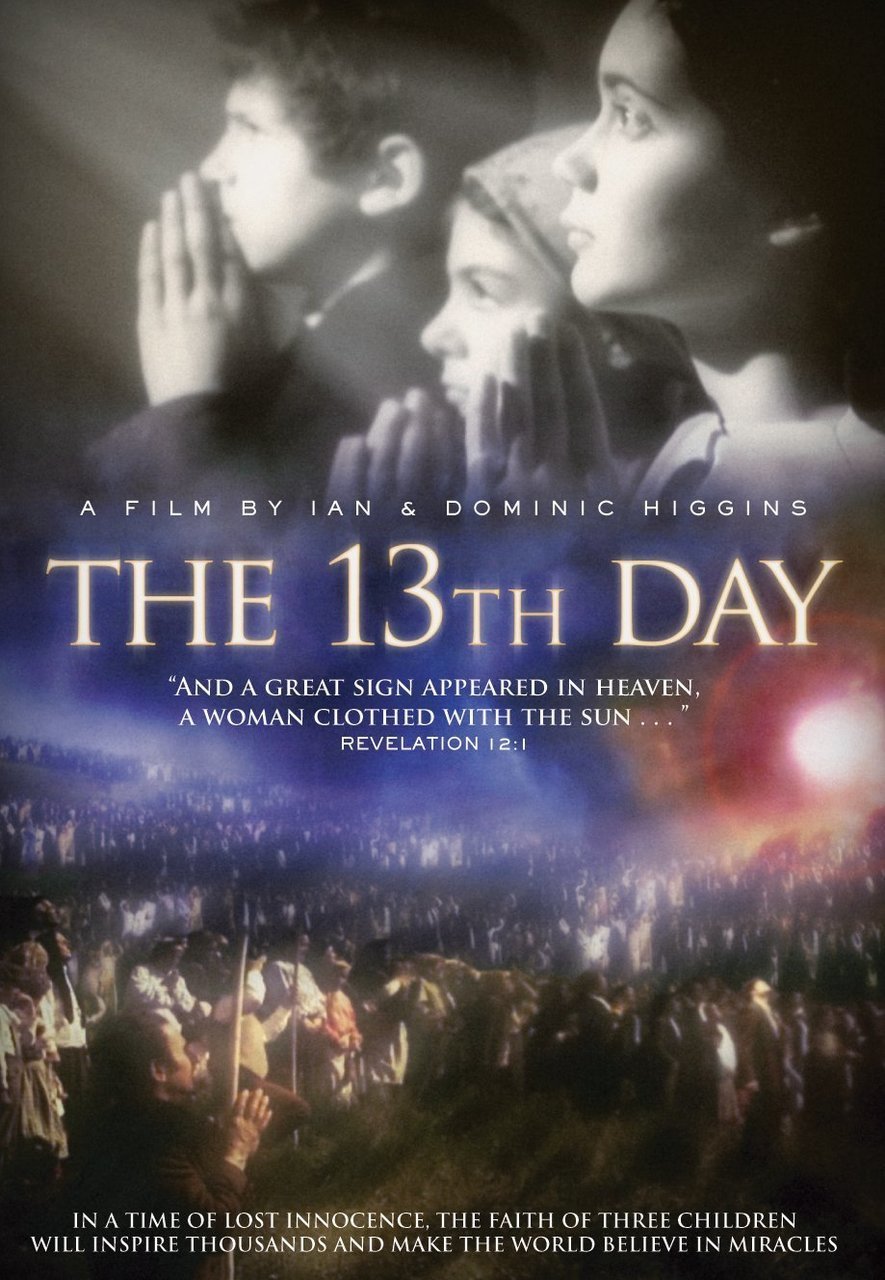 THE 13th DAY - DVD
The True Story of Fatima

Based on the memoirs of Sister Maria Lucia de Jesus dos Santos,
and thousands of independent eyewitness accounts, The 13th Day
is a dramatic retelling of the experiences of three shepherd children
between May and October 1917.
The 13th Day, the first major motion picture by directors Ian and Dominic Higgins, opens with Sister Maria Lucia de Jesus dos Santos recalling the events that transpired between May 13, 1917 and October 13, 1917 in the Cova da Iria (Cove of Irene) region of Fatima, Portugal. The date is 1937 and Sister Lucia, at the Convent of Ponteverde, has been asked by her superiors to
write down the events that she said "changed her life forever."
Sister Lucia places the events in time, demonstrating that they took place during a period of great turmoil -- the First World War in Europe and the Communist revolution in Russia. "In Fatima," she says, "we were lucky. It seemed to us as if our lives went on as normal." Lucia introduces us to
her cousins, the other two seers, the compassionate Francisco and the younger Jacinta.
Although primarily black and white, film makers creatively utilize color in the film during those moments when the supernatural is breaking through to our natural world.

In a world torn apart by persecution, war and oppression, 3 children in Fatima, Portugal were chosen by God to offer an urgent message of hope to the world. Based on the memoirs of the oldest seer, Lucia Santos, and many thousands of independent eye-witness accounts, The 13th Day dramatizes the true story of three young shepherds who experienced six apparitions of Our Lady between May and October 1917, which culminated in the final prophesied Miracle of the Sun on October 13th. Abducted from their homes, thrown into prison and interrogated under the threat of death in the government's attempt to silence them, the children remained true to their story about the crucial messages from Mary of prayer, repentance and conversion for the world.
Our Lady gave a secret to the children told in three parts, from a harrowing vision of hell, to prophetic warnings of future events including the advent and timing of the Second World War, the spread of communism, and the attempted assassination of the Pope.
Stylistically beautiful and technically innovative, the film uses state-of-the-art digital effects to create stunning images of the visions and the final miracle that have never before been fully realized on screen. Shot on location in Portugal and in the UK, the film has a cast of hundreds to re-create the scenes of the 70,000 strong crowds, with 3 young Portuguese actors playing the iconic roles of the Seers.
Witness the greatest miracle of the 20th Century, and experience the incredible, emotionally-charged and harrowing world of three young children whose choice to remain loyal to their beliefs, even in the face of death, would inspire thousands.

This is a Region 1 DVD (playable ONLY in Bermuda, Canada, the Cayman Islands, United States and U.S. territories)
Filmed in High Definition with Dolby Surround Sound.
This DVD contains the following language track: English