THE ODYSSEY: A JOURNEY BACK HOME 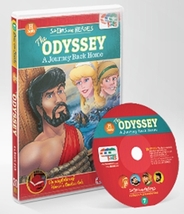 THE ODYSSEY: A JOURNEY BACK HOME added to cart. 12 available in stock 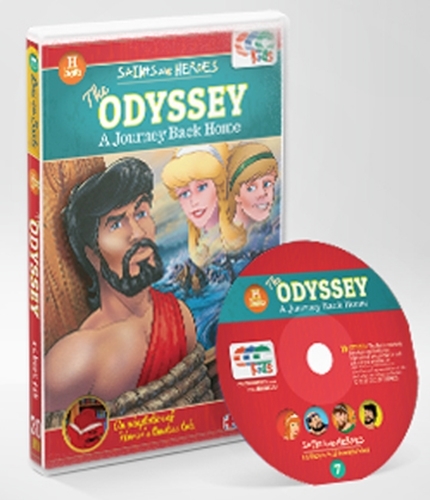 THE ODYSSEY: A JOURNEY BACK HOME

Based on a true story, a group of boys from Monterrey, Mexico who become the first non-U.S. team to win the Little League World Series.

Storyline:
Based on a true story. In 1957 a rag-tag, shoeless, poor group of kids from Monterrey, Mexico shocked the world by winning 13 games in a row and the Little League World Series in the only perfect game ever pitched in the Championship. These kids, led by their priest and a down-and-out former major leaguer embark on a journey through the southern US and up into Williamsport, PA for the Championship game. They encountered many adversities including nearly being deported and the bigotry that wouldn't allow them into certain restaurants or travel on certain buses. They never lost their faith and eventually captured the hearts of both nations. This is a heart-warming inspirational story in the tradition of "Rudy", "Hoosiers", "Coach Carter" or "Friday Night Lights". Written by John Bradly

A brief summary of Odysseus’ journey in “The Odyssey”

The Greeks win the 10-year Trojan War – helped by Odysseus’ “Trojan Horse”. It was time for Odysseus to head home to Ithaca. The gods supported the Trojans during the war and were angry with Odysseus.  He did have the support of the goddess Athena but in spite of this, his journey back to Ithaca took ten years.

After the victory at Troy, Odysseus and his men begin their journey home.

2. The Land of the Cicones:

After leaving Troy, they stop to raid the tribe of Cicones in the city of Ismarus for supplies. The Cicones attack on horseback and Odysseus loses 72 of his men.

3. The Island of the Lotus Eaters:

Driven off course by a violent storm, Odysseus’ ship reaches the Land of the Lotus-eaters. Some of his men sample the delicious but highly addictive lotus flowers and forget all thoughts of continuing their journey. Odysseus has to recover them and bring them back to the ships by force.

4.  The Island of the Cyclopes:

Here, Odysseus and his men find a Cyclops' cave, lured by his cheese and wine. The cyclops, Polyphemus, traps them inside the cave and eats six of the men.  Odysseus and the remaining six men ply the Cyclops with liquor and then gouge out his eye. They escape the cave by clinging to the bellies of the Cyclops’ sheep.

5. The Island of Aeolus:

Aeolus, the god of the winds, gives Odysseus a sack containing all of the winds needed to send him on his way home. Odysseus then sets the west wind free and it blows the ships swiftly towards Ithaca.  His men, who suspected that he was concealing all kinds of treasure in Aeolus’ mysterious sack, then open the sack, with disastrous consequences. The winds burst out and swell into a heavy storm, driving the ships all the way back to Aeolus’ island.

6. The Island of the Laestrygonians:

With one ship, Odysseus reached Circe’s island – home of the enchantress, Circe.  Circe turns Odysseus' men into pigs, but Odysseus is protected from her magic with the help of Hermes, who gives him a magical herb called Moly. Odysseus ends up staying there for what seems like a short time but ended up being a couple of years. Before Odysseus departs, Circe finally tells him that he needs to find the blind prophet Teiresias in the Underworld.

8.The Underworld: Odysseus consults the prophet Teiresias to ask how he can get home, and finds his mother there, who in her depression had killed

gives him news of

what has been happening in
Ithaca during his absence.

warns Odysseus of the problems he will face in the future.

9. The Island of the Sirens:

Odysseus and his men pass here, an island with women singing their luring songs, trying to reel in sailors. The Sirens are bird-like creatures with girls’ faces and exquisite singing voices. Their singing is so enticing that anyone who hears it experiences an irresistible compulsion to sail up to their island, where they would then run their ships onto the rocks.  To stop them from hearing, Odysseus fills his men’s ears with beeswax, and he has them tie him to the mast so they can pass the dangerous island safely.

Odysseus chooses to sail for Scylla, a six-headed sea serpent, rather than Charybdis, a giant whirlpool. He does this because he knows that if he went to Charybdis, the whole ship would be destroyed. However, if he went towards Scylla, six men would die. A sacrifice the brave Odysseus decides to make.

They stop here, and Odysseus falls asleep praying to Athena. While sleeping, his men once again go against his orders and eat Helios' cattle. This enrages the god, and he threatens never to rise again. As a punishment, Zeus throws a bolt of lightning at the ship and turns it to splinters. Only Odysseus survives.

Odysseus finds this island after drifting in the sea. It is an island of women. Odysseus has a seven-year affair with a nymph named Calypso. After the seven years, Hermes convinces Calypso to let Odysseus build a new ship so he could sail home.

13. The Island of the Phaeacians:

The Phaeacians accept Odysseus, and he explains his ten-year journey to them during a feast. They happily give him a ride home on one of their magical ships.

14.Ithaca: Odysseus finally arrives home, and sees his son, Telemachus,                for the first time in 15 years.  He and Telemachus kill all of the
suitors that want to marry his wife Penelope.  Odysseus takes his place
as King, once again, alongside his wife.